A healthy urban environment is vital aspect of a thriving community; it enhances quality of life, public health, public safety, and economic development opportunities for local residents. North River Commission and the NRC Environment Committee envisions an environment that includes;

If you are interested in finding out more about NRC's work, and upcoming events environmental, parks, recreation, and other events and opportunities, subscribe to our newsletters for monthly updates! 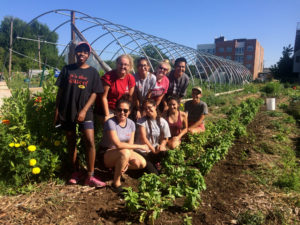 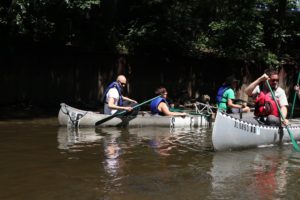 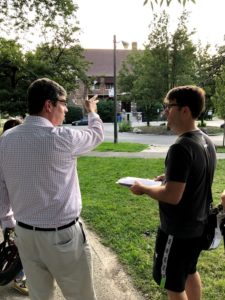 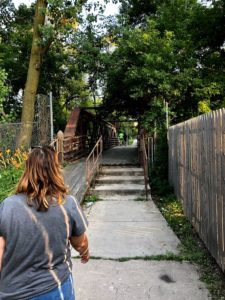 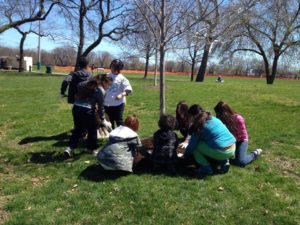 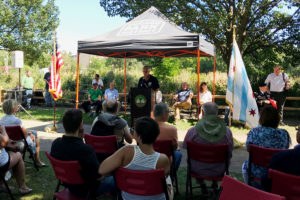 Looking to Volunteer in your Community?

To keep a broad swath of the community informed and engaged in our environmental work, NRC sends regular updates through its newsletter, social media, and through meetings with local stakeholders. NRC also holds an annual Environment Meeting. 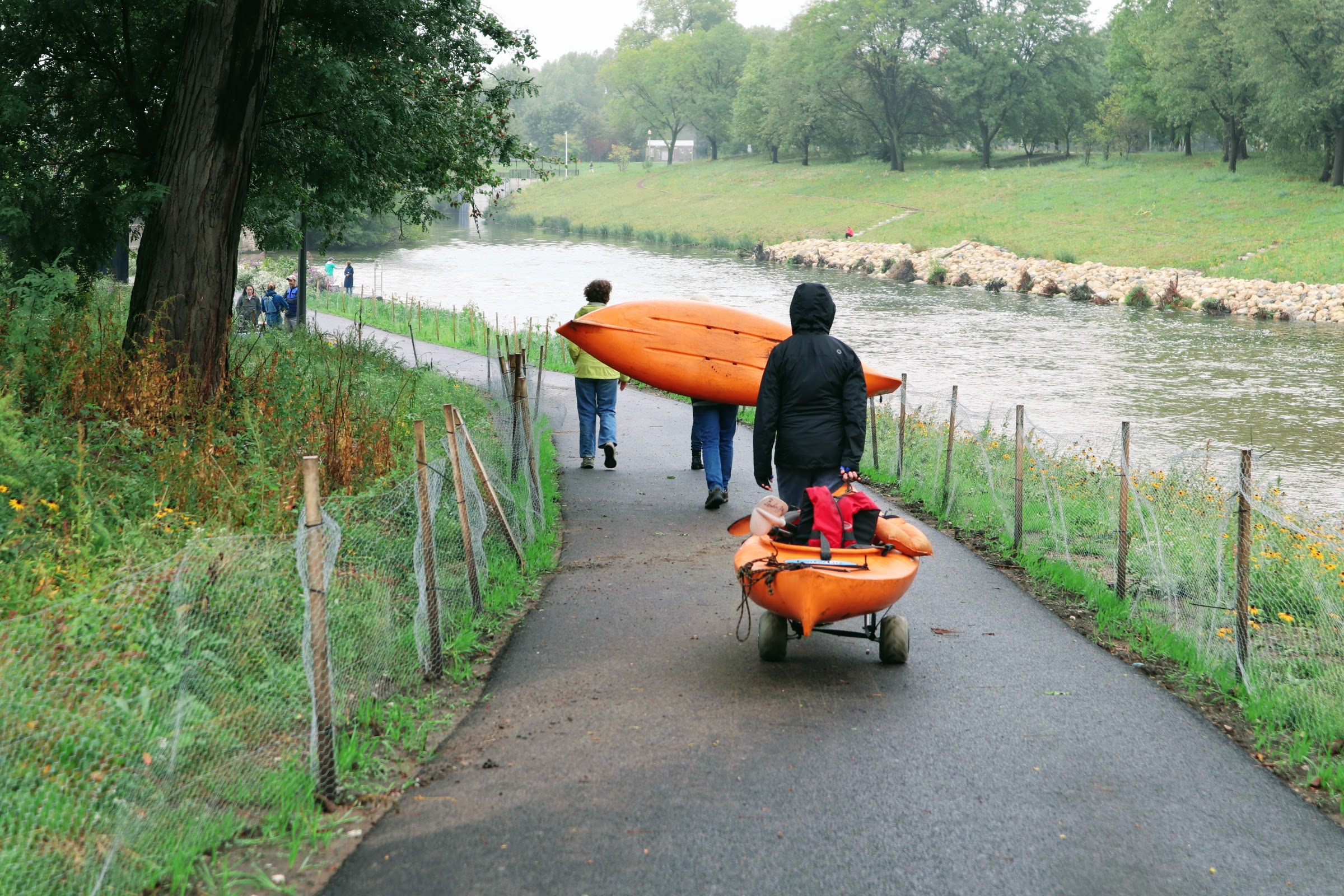 Park Advisory Councils (PACs) are the way that you can get involved to support and guide your local park.

Interested in joining or starting a Park Advisory Council? Find our more here.

NRC staff works with Park Advisory Councils across our service area to provide support for park initiatives and programs, promote opportunities and events, and make connections to resources for PACs to do their vital work of supporting our community's parks. 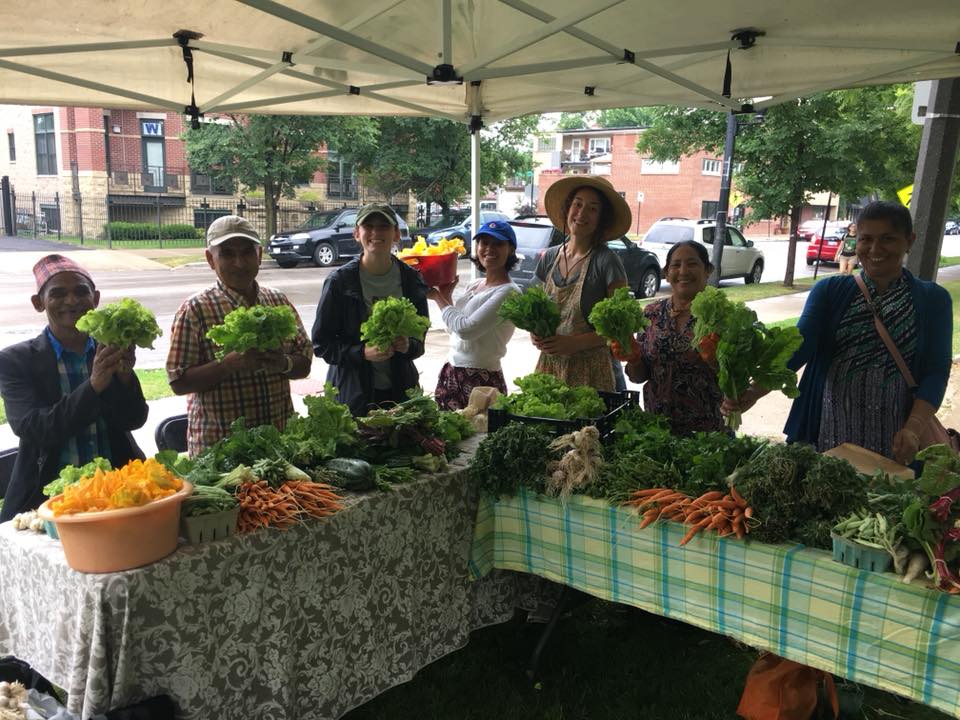 In July of 2019, NRC, Friends of the Chicago River, staff and students from NEIU, and local residents came together to survey the Upper North Branch of the Chicago River, flowing from Gompers Park to River Park. Following priorities laid out in the June Environmental meeting, the NRC environment committee was interested to learn more about the current condition of the river, including hazards, streambank erosion, wildlife and habitat, areas for recreational access, and fencing.

Using results from the audits, NRC and partners are working with river stakeholders including MWRD, the Chicago Park District, and elected officials, to advocate for improvements to the river in 2020. Stay tuned for more information!

NRC partnered with the Active Transportation Alliance, the Chicago Department of Transportation, and local residents to survey current conditions and investigate potential routes to close the trail gap between the North Branch Trail and the North Shore Channel Trail. Specifically, NRC and its partners are working to connect these two popular bike paths on a route that would follow the Upper North Branch of the Chicago River. NRC is continuing to work with local partners, civic organizations, and stakeholders to address this priority.

NRC staff is working with Current, a Chicago-based water technology hub, to support the roll-out of H2NOW, a platform for communicating real-time water quality information to the public, launching in Spring 2020. The goal of the project is to enhance public understanding and perception of the River as a way to increase engagement and recreational use of the river.

NRC was proud to support the launch of RiverLab, the new paddling and ecology program at River Park. Moving forward, NRC and local partners will support the expansion of program offerings, improvements to infrastructure, and awareness among local residents of opportunities to engage with the Chicago River at River Park.

Ash trees area common feature in our parks and streetscapes, but are a species under grave threat from the invasive Emerald Ash Borer Beetle. The NRC Environment Committee has been working with the Chicago Park District and the City of Chicago to encourage active prevention and management techniques that will keep our urban forest healthy by stemming the loss of our many ash trees.

NRC is currently engaged in an advocacy campaign to make neighbors more aware of the threats to the urban forest posed by the City of Chicago's decision to halt treatments of ash treatments against EAB. Join us in the Last Chance to Save our Ash campaign, and join us by contacting NRC to find out how you or your organization can get involved.

The River Riparian project is an ongoing, multi-year initiative between the Chicago Park District and the US Army Corps of Engineers. It has resulted in the restoration of the riverbanks at Horner Park, Ronan Park, River Park, and in 2020, Legion Park. The project also removed the decades-old dam at the confluence between the North Branch of the Chicago River and the North Shore Channel, helping to begin a process of re-naturalization and ecological improvement in that area.

The North River Commission worked with the Park District and USACE to host public meetings where information about the River Riparian Connectivity and Habitat Restoration project is shared. We will continue to provide information to the community about any planned work whenever it is made available.

More information about the River Riparian project is available at the Army Corps website here.

Special environmental concerns have been raised regarding a recent proposal for residential development at the site of Ruby’s Dry Cleaners, at the corner of California and Montrose Avenues. The Ruby’s site is located within a few hundred feet of a recently-discovered aquifer under Horner Park. That aquifer flows directly into the Chicago River, and ultimately into three other Illinois waterways. The proximity of the site to the aquifer creates potential risks to Illinois waterways. Concerned residents have asked the Illinois EPA to investigate what, if any, additional remediation solutions or considerations might be warranted. See NRC's statement, and additional information here.

NRC staff and leadership continue to support the North Park Village Advisory Council and to protect and steward one of the City's greatest natural areas and it's only Nature Center.

We are currently working on a page that details the history of North Park Village, the community organizing that protected it from development, and the decades of stewardship conducted by the NPVAC. Stay tuned!

Flooding is a major environmental issue and cost burden to homeowners on the Northwest Side.

In addition to supporting the development of infrastructure such as the Albany Park Diversion Tunnel, NRC strongly advocates for smart land use decisions, stewardship of our natural areas, improvements to our local river system, and the implementation of green infrastructure solutions to to curb flooding in our neighborhoods.

One way homeowners can mitigate flooding around their homes is to utilize rain barrels & install plants that help to absorb stormwater. For more information and resources about flooding, see the Center for Neighborhood Technology's RainReady page.

WTTW: “Why Chicago is Tearing Down Its Last Waterfall” (with video)

Friends of the Chicago River: Horner Park Restoration Celebration: One to Grow On