Remembering our Past, Living in the Present,
and Building for the Future

Take the Survey - Thank you!

In January 2022, the NPV Advisory Council voted to undertake a process that will create an updated plan for North Park Village. The plan will address an evolving range of topics including:

Thank you for visiting NPVs Building for the Future homepage.

We invite you to add your voice and your story. To do so, you can do the following below:

For more information, questions, or comments about NPV Building for the Future, please contact the NPV Outreach and Engagement Team at NPVbuildingforthefuture@northrivercommission.org

Thank you for taking the time to complete this survey. This survey is designed to GIVE the community a VOICE in the future of North Park Village. We realize how precious your time is. That’s why we made sure this survey will only take a quick [amount of time – preferably in seconds]. There are only 17 questions

Take the Survey - Thank you!

Chicago’s Municipal Tuberculosis Sanitarium (MTS) opened in 1915 on the northwest side of the city on land donated by Pehr Peterson, a Swedish immigrant who had previously used the land as a tree orchard. At the time, fresh air and open space were considered important factors for treating tuberculosis, so the land was well-suited to its new use. By the 1970s, medical advances meant that declining numbers of people needed to visit sanitariums for treatment, and the MTS closed at the end of 1974. Shortly before that, in November 1973, developer Harry Chaddick proposed converting the nearly 160 acre MTS site in to a shopping complex and high rise apartments. This plan was strongly opposed by many area residents and local groups, including the North River Commission, an umbrella organization for local community groups that was founded in 1962.

With the support of the North River Commission and other local groups, the North River Coalition to Save the MTS Site was created. Northsiders opposed to commercial development on the MTS site attended meetings with city officials, wrote letters, surveyed local residents, held rallies, and researched alternative possibilities for the site. Their proposed uses for the land emphasized preserving open space and serving senior citizens. In 1975, Mayor Richard J. Daley proposed a plan for the site that incorporated many of the North River Coalition’s proposals, such as open space, a park, senior housing, and a health center. While the following decades continued to see disagreements and debates over the use of the land, many of these projects eventually became part of North Park Village, and the emphasis remained on open space rather than commercial development.

A groundbreaking for Pehr Peterson Park was held in 1977 on the former MTS grounds, and the area was officially given the name North Park Village in February 1979. In the next decade, two senior housing complexes and a health center opened, programs and events were held at the Nature Center, and plans began to renovate the MTS theater building.

The story of North Park Village is a familiar one…. a David and Goliath - little guy wins plot…. but in this case, after a decades-long battle. It is the story of the power of voice....the persistent voice of  a community unified in creating a protected beautiful resource for the benefit of an entire community. The existence of North Park Village is the result of this community vision and the dedication of the people who used their voice to make it a reality for today and into the future.  The moral is that while we, as individuals, may feel insignificant we are not, because with unity and persistence we can succeed!

Prior to the settlement of North Park Village, the land belonged to Native Pottawatomi. We invite you to learn more about our First Nation Potawatomi neighbors who are known as the People of the Place of the Fire. The Citizen Potawatomi Nation home page is here: www.potawatomi.org

The Glackin Law granted Chicago permission to vote on establishment of Metropolitan Tuberculosis Sanitarium (MTS). Funding was provided via special taxation for the construction & maintenance of a TB sanitarium.

MTS dedication. This self-contained community on the edge of the city provides a full range of tuberculosis healthcare services. With 32 buildings/650 beds, it is the largest MTS in the country w/ultimate capacity of 950 beds; 2 main sections (south for women & north for men)

“When we got wind of the proposal our people went bananas!”

“This protest organized itself.”

MTS closes and in response, North River Coalition to Save the MTS Site forms.

Community advocacy drives city plan for the area based on NRCoalition to Save the MTS.

“Initial and ongoing efforts of local people were effective in opposing this commercial development.”

A master plan for development is created that includes a nature preserve, protected open space, rehab and reuse of existing buildings. The plan also creates Peterson Park and encourages senior housing (a partnership between North River Commission MTS and the City of Chicago)

An open meeting is held to vote on a new proposal submitted by Chicago Planning Commission. 1000+ residents attend and vote against the proposal which includes sale of sections of the property. Mayor Jane Byrne attends and rescinds proposal after resident says, “We elected you and we can unelect you!” Openlands, the northeastern Illinois conservation organization, proposes an alternate plan to protect North Park Village with a conservation easement – first use of this legal agreement for public property in the city. The plan preserves city ownership of North Park Village, but prescribes protection of open spaces.

Partnership between community organizations and Openlands proposes conservation easement to prohibit development in North Park Village for 75 years and urges approval by Mayor Eugene Sawyer. The result grants management of North Park Villages’ 103 acres and buildings to Openlands and sale of 12.5 acres in the southwest corner for development of residential condos, the real estate taxes of which will help support North Park Village.

After years of community action to secure enforcement of the conservation easement in perpetuity, the North Park Village Advisory Council and members of the community persuade Alderman Sam Nugent (current) to amend the easement ensuring permanent protection from development. The Chicago City Council passed this action in 2020.

“The community prevailed because they persevered.”

North Park Village is comprised of:

This history is a testament to the power of partnership, power of the people in protest, possibilities, and perseverance.

Remembering our Past, Living in the Present, and Building for the Future

We would love to add your own North Park Village experiences in the form of stories and pictures to our page. Would you be so kind and share them with us so your story becomes part of the North Park Village story. Please email them to: NPVBuildingForTheFuture@northrivercommission.org 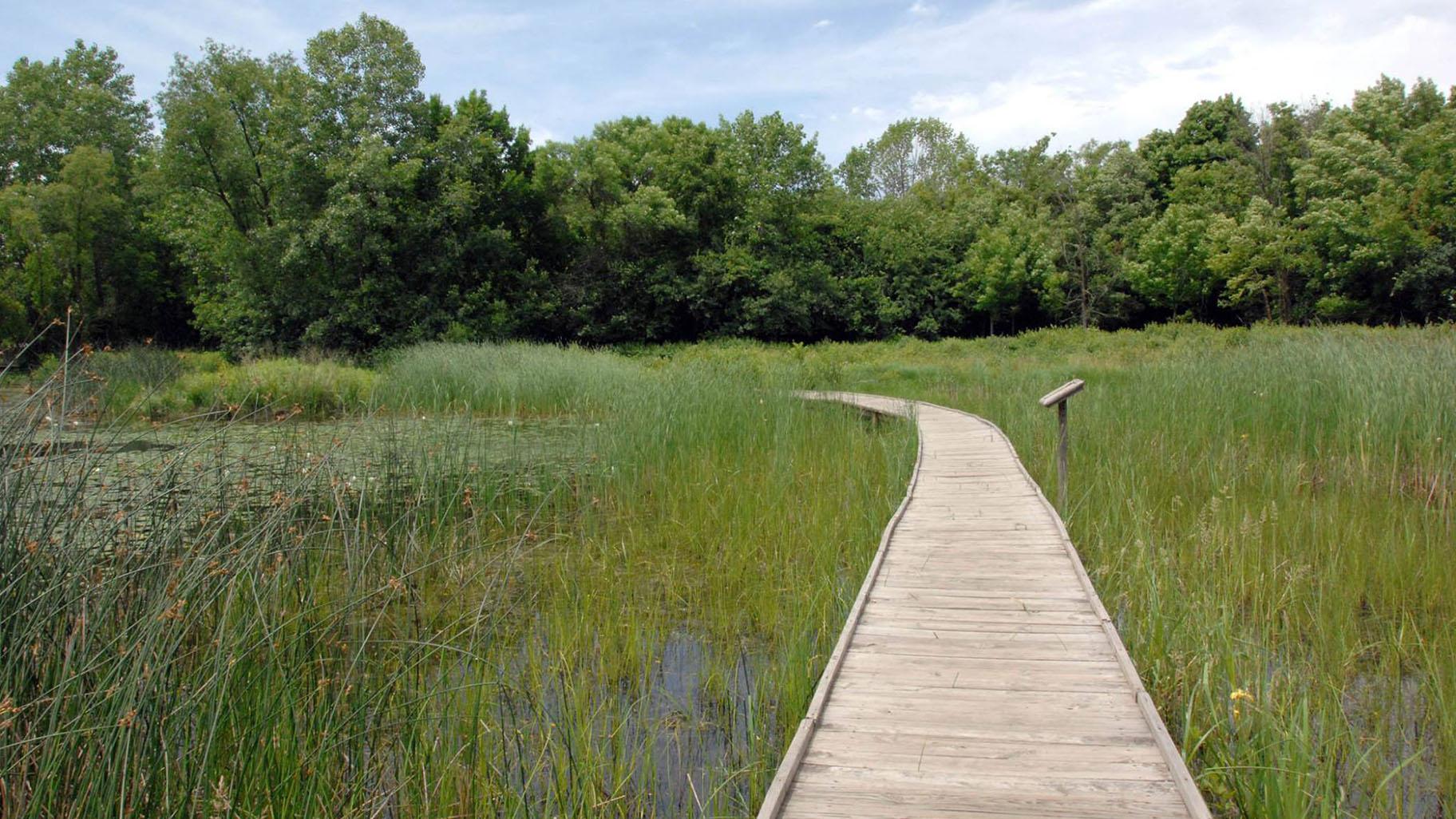 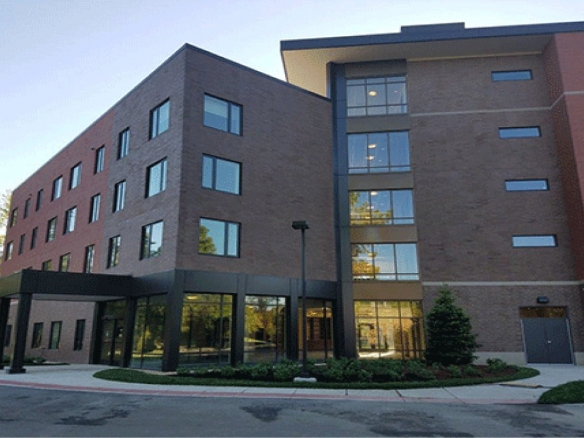 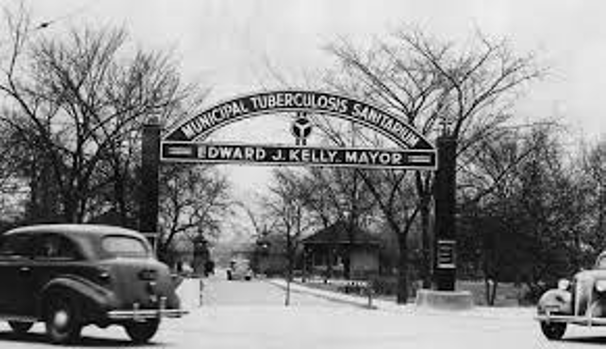 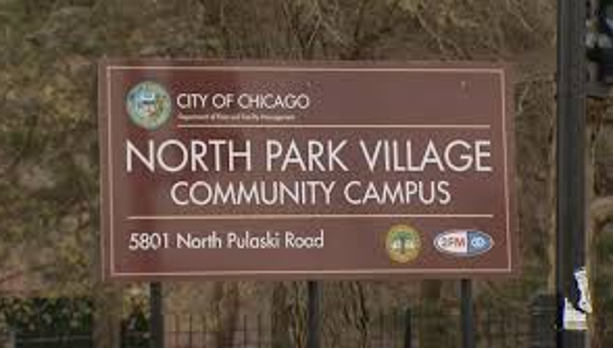 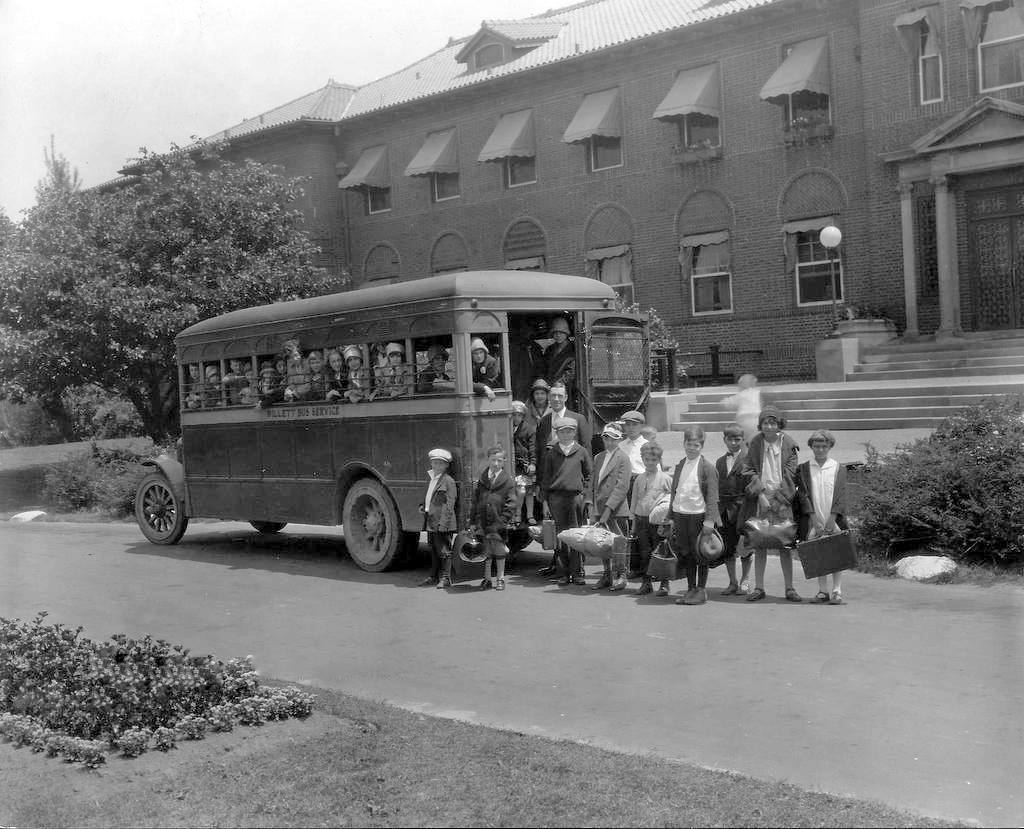 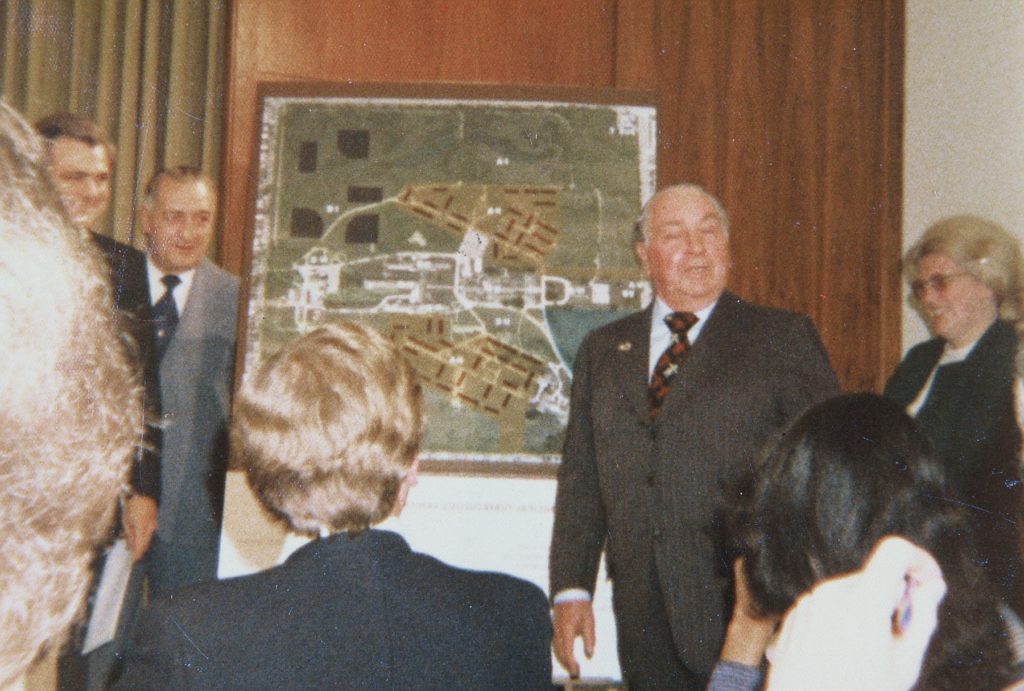 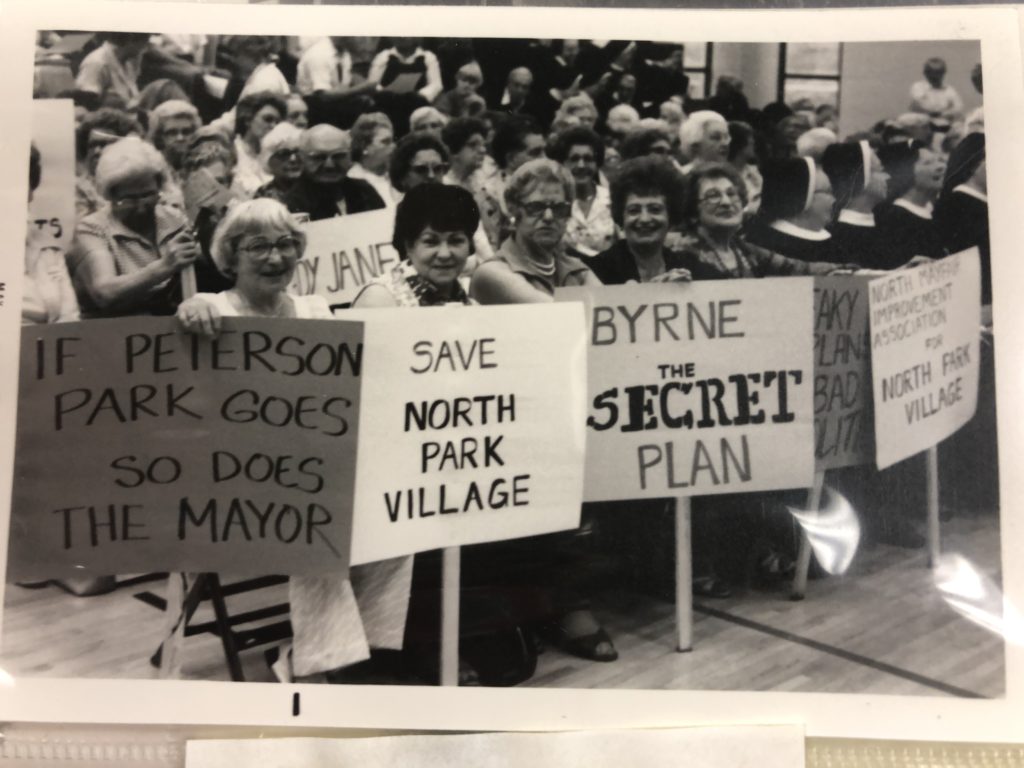 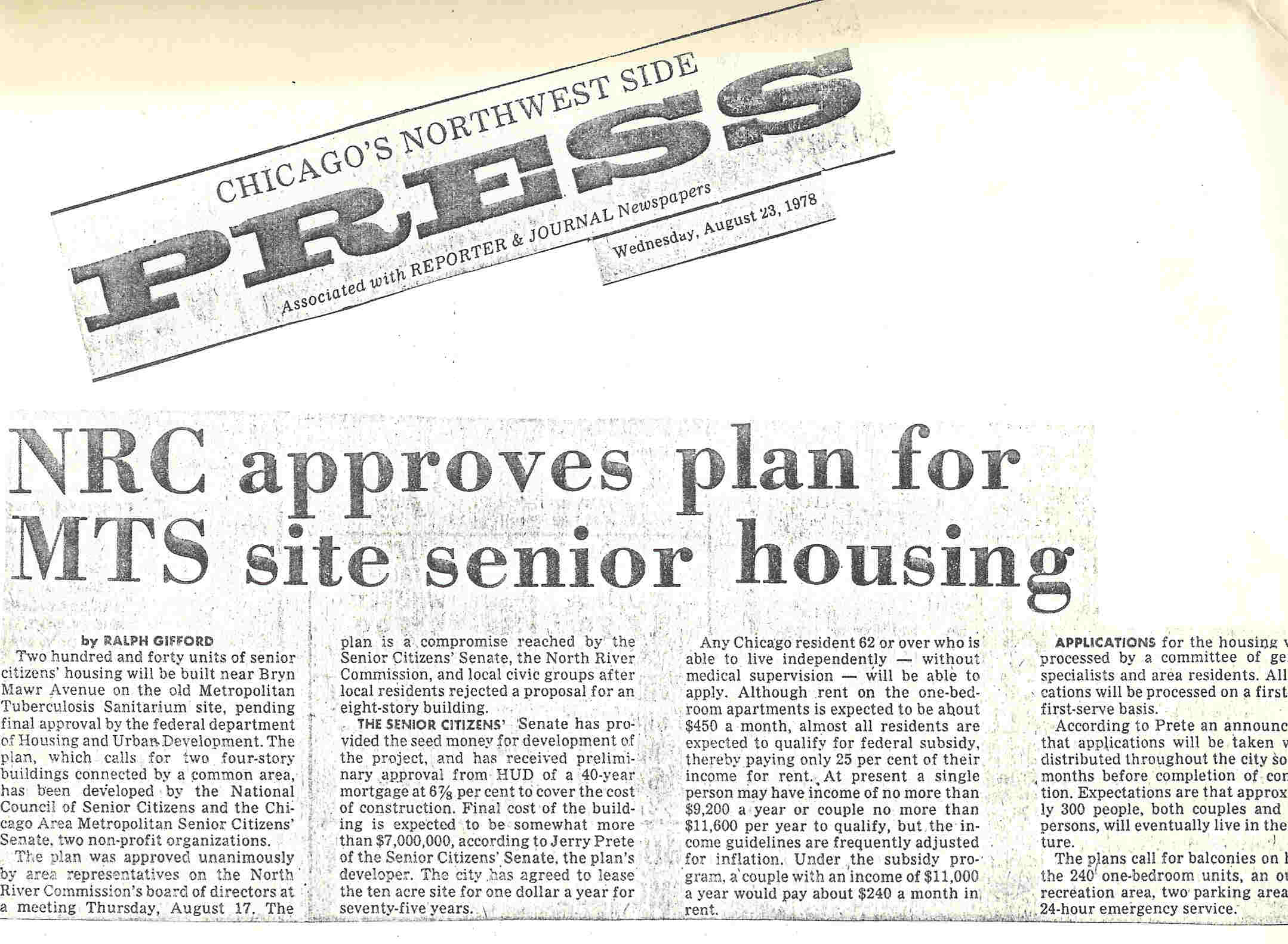 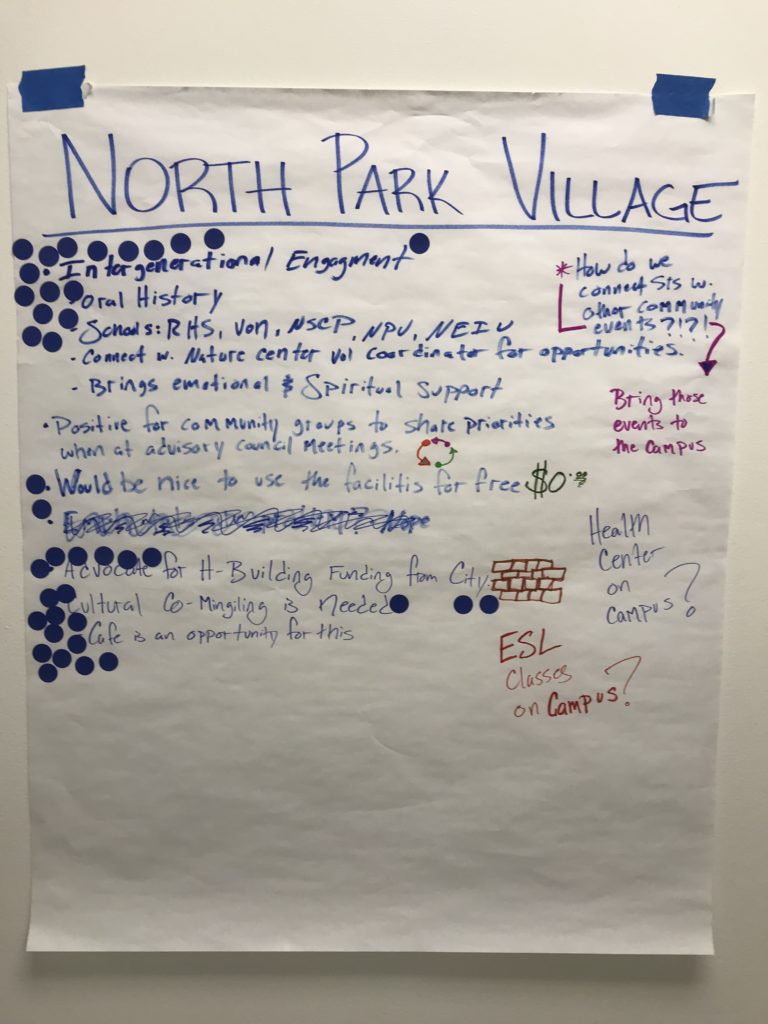 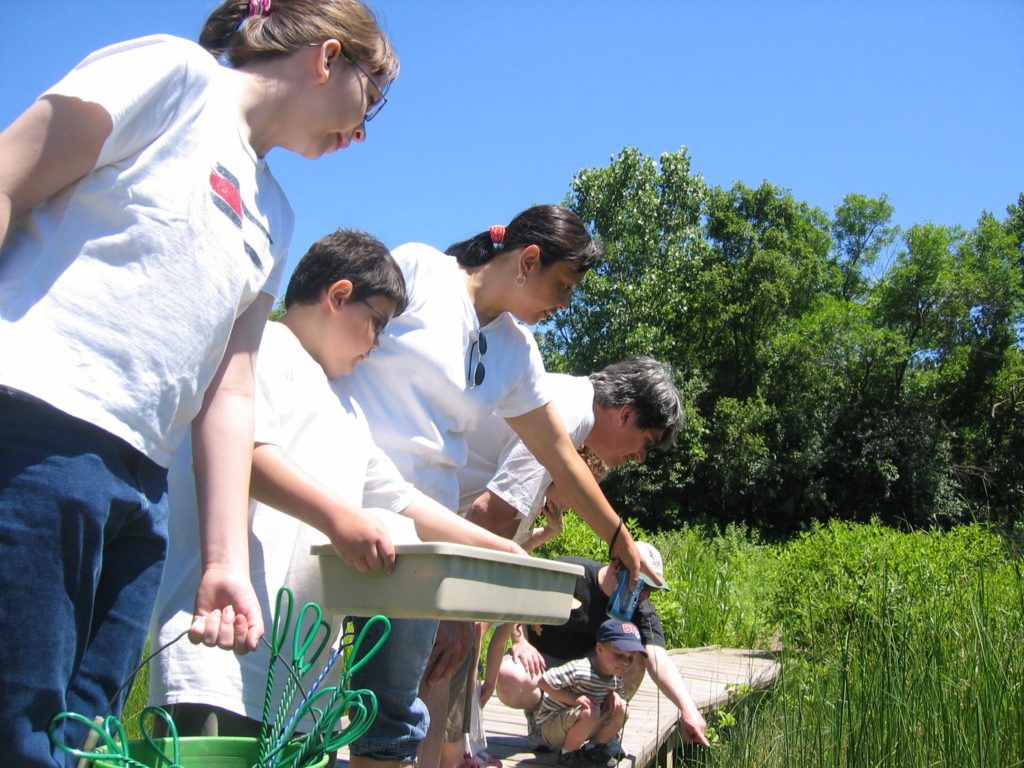