In 2020, artist Chantala Kommanivanh, in partnership with the North River Commission and Albany Park organizations, created a series of portraits of Albany Park residents who demonstrate the spirit of the community. The subjects not only reflect the incredible diversity of culture, language, and experience that is found in Albany Park; they demonstrate that the resilience found within Albany Park is due to the people who work every day to support one another.

The People Behind the Portraits 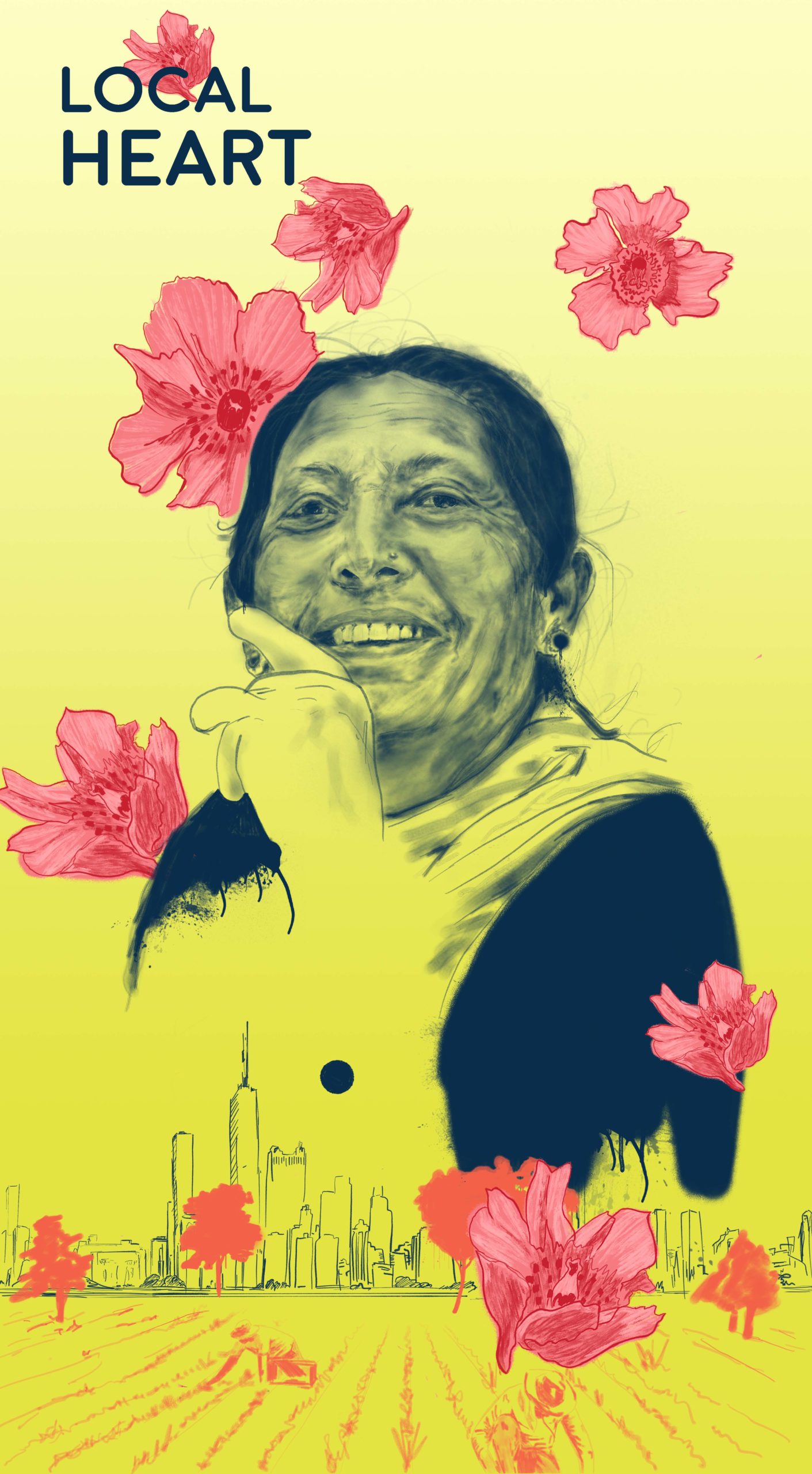 Manmaya Kalikotey came to the USA in 2012 as a Bhutanese refugee. Manmaya was a farmer in her home country before she was displaced to Nepal and later to the USA. Today Manmaya is in her early 50's, a mother of five, and an entrepreneur farmer at Global Garden Refugee Training farm in Albany Park. For Manmaya, farming is not just a source of income but also a place to meet her other community members and reunite with her farming roots. 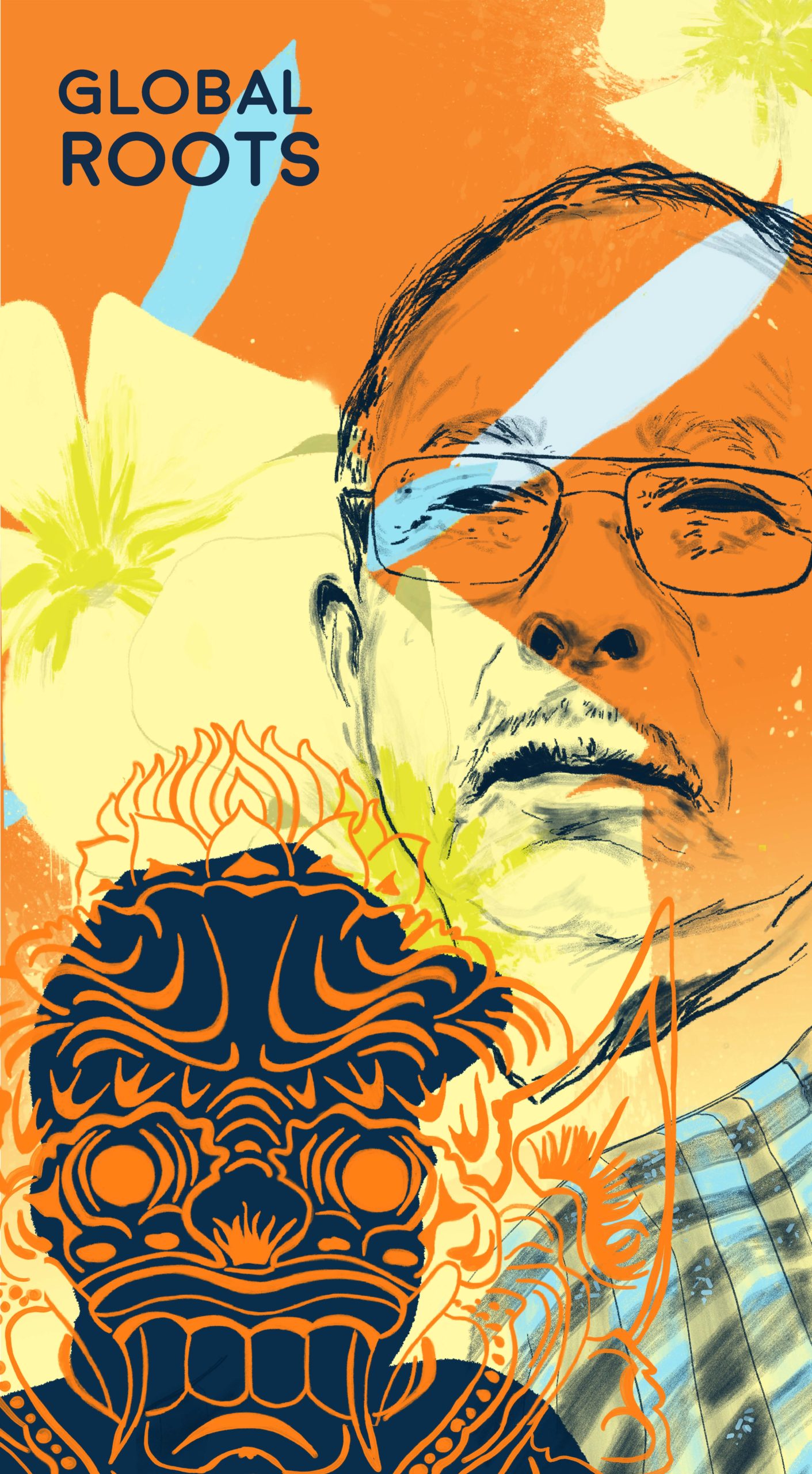 Kong is a loved local community member, veteran, and counsel member of the Laotian American community in Albany Park. Kong settled in Albany Park with his family in 1983.

Kong is a jack-of-all-trades; pro mechanic, master fisherman, avid gardener, family handyman and Heineken sipper. Kong committed his free time to volunteer in the Lao community and was an active member of the Lao American Community Services, Lao Funeral Association, and the Laos Royal Air Force Association, among other service organizations. He is also an elder of the Wat Lao Buddharam Temple of Hampshire, Illinois. 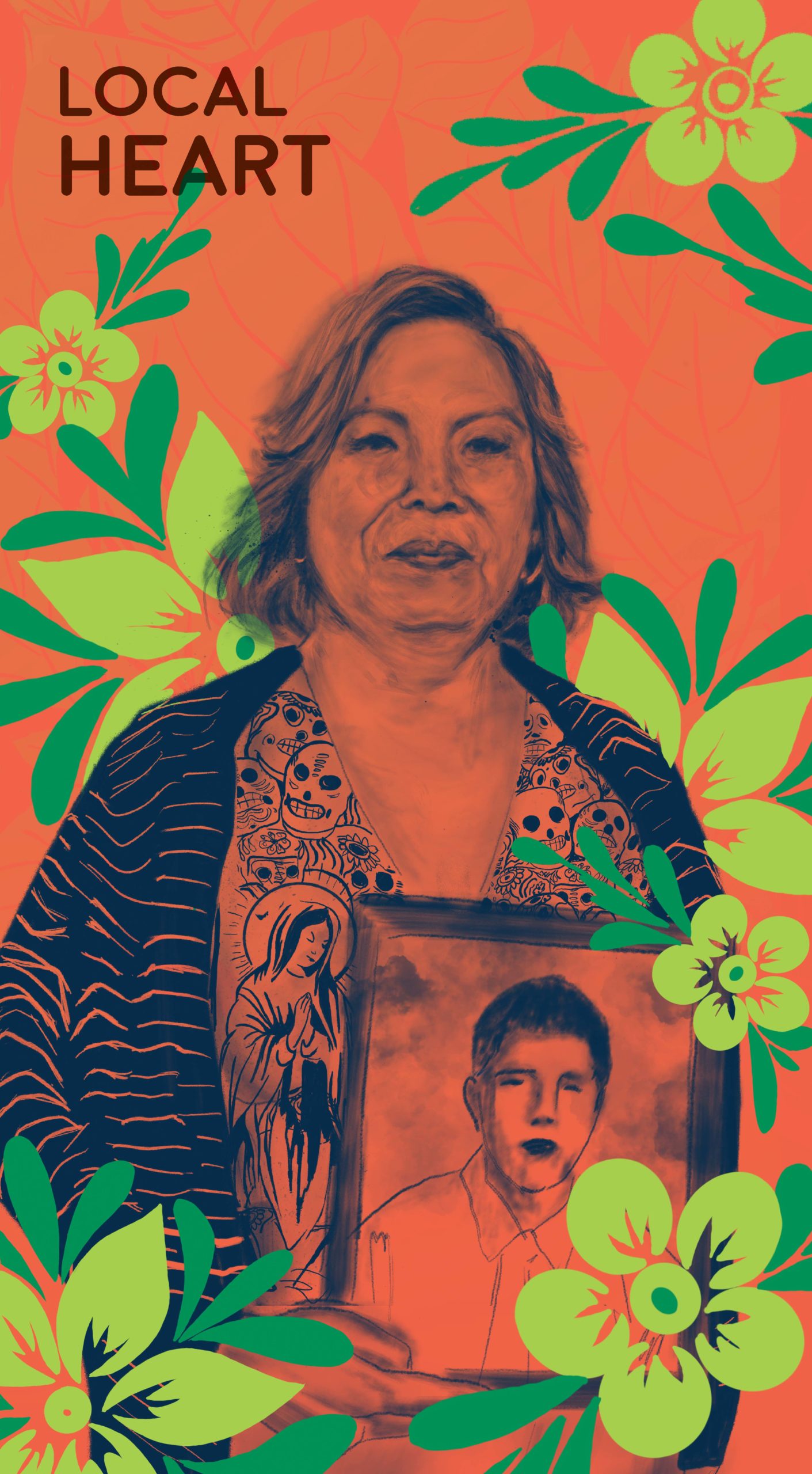 Irma Aragon lost her son to gun violence in Albany Park in 2016. After meeting other families dealing with the pain of losing a loved one to violence and the after-effects of that trauma, Irma and her family decided to launch an organization to raise awareness on gun violence, Israel's Gift of Hope.

Israel's Gift of Hope advocates for resources for families on the Northside, and hosts community events to engage the residents in Albany Park and surrounding neighborhoods to prevent violence and promote neighborhood unity and support for survivor families. Irma also advocates for more collaborative work between local organizations, schools, houses of worships, civic groups, and elected officials.

In the past 3 years, Irma has been able to help more than 100 families while dealing with her own grief. Through her work with Israel's Gifts of Hope, she has become an advocate and has been able to host back to school drives, Halloween block parties that unite both survivors of violence and the community, Dia de los Muertos events that connect people to the process of honoring a loved while celebrating Hispanic/LatinX culture, Thanksgiving Basket drives that support families who will celebrate their first Thanksgiving without their loved one, organized Peace Walks to honor the many lives lost in Albany Park, launched a support group in partnership with our local mental health center for individuals affected by violence, and much much more. With a heavy heart, Irma has dedicated the past years to doing her best to keep her community safe, vigilant, and informed on the effects of violence and the need for more resources to improve our communities and city. 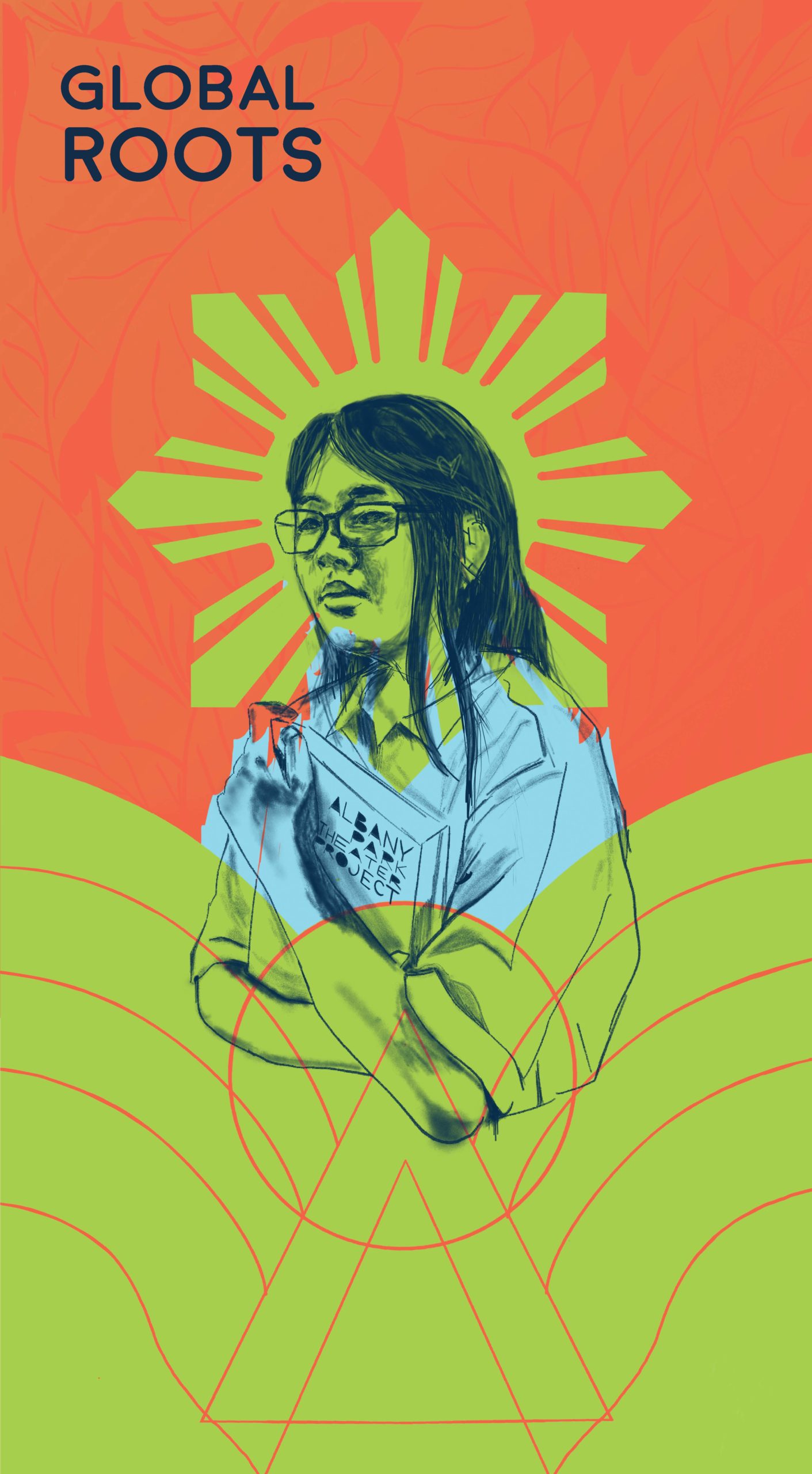 Schantelle Alonzo, a first generation Filipina-American teenager who champions social justice through her activism and her art. She’s a talented storyteller, performer, ethnographer, visual artist, and scholar. At Albany Park Theater Project, Schantelle boldly leads conversations about social justice issues, conducts ethnographies of Albany Park community members to memorialize their stories, and offers her brilliant artistic vision through her performance and visual art. Her artwork as a whole is informed by current societal issues and she has received accolades for her visual art at a city- and state-wide level. She also invests her time in the community, having volunteered in the local Park District, library, food pantry, forest preserve, and community businesses. 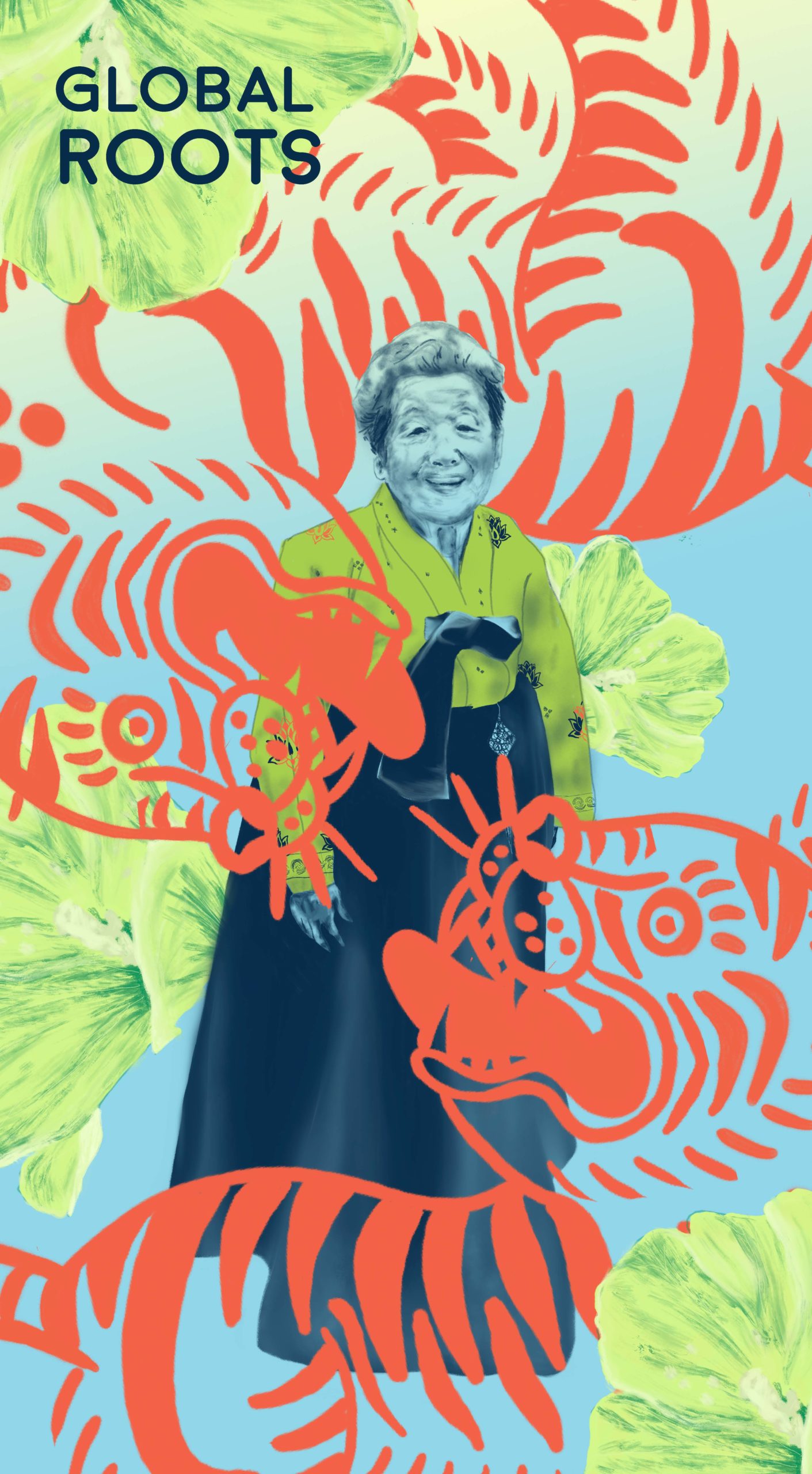 Hee Jung Choi was born in the year 1915, in colonial Japan in Korea. She has lived to see the liberation of Korea at the end of the Second World War, the Korean War, and migrated to the U.S. 1978, settling in Chicago. She has been a resident of Albany Park for 37 years.

Hee Jung began living in the Moo Goong Terrace senior building, located in Albany Park, since 1983, when the building opened, and has lived there ever since. She has dedicated her life to helping her neighbors and families from her church community.

"She is a living history of Korean struggle and diaspora who has lived through criminalization, industrialization and, Korean diaspora and even though she does not have a fancy title, she is the everyday hero that has really lived a life full of joy, empathy and dignity. She exemplifies a life of an immigrant, especially Korean immigrant, who has worked hard to provide for her family and to live harmoniously." - from staff at the HANA Center