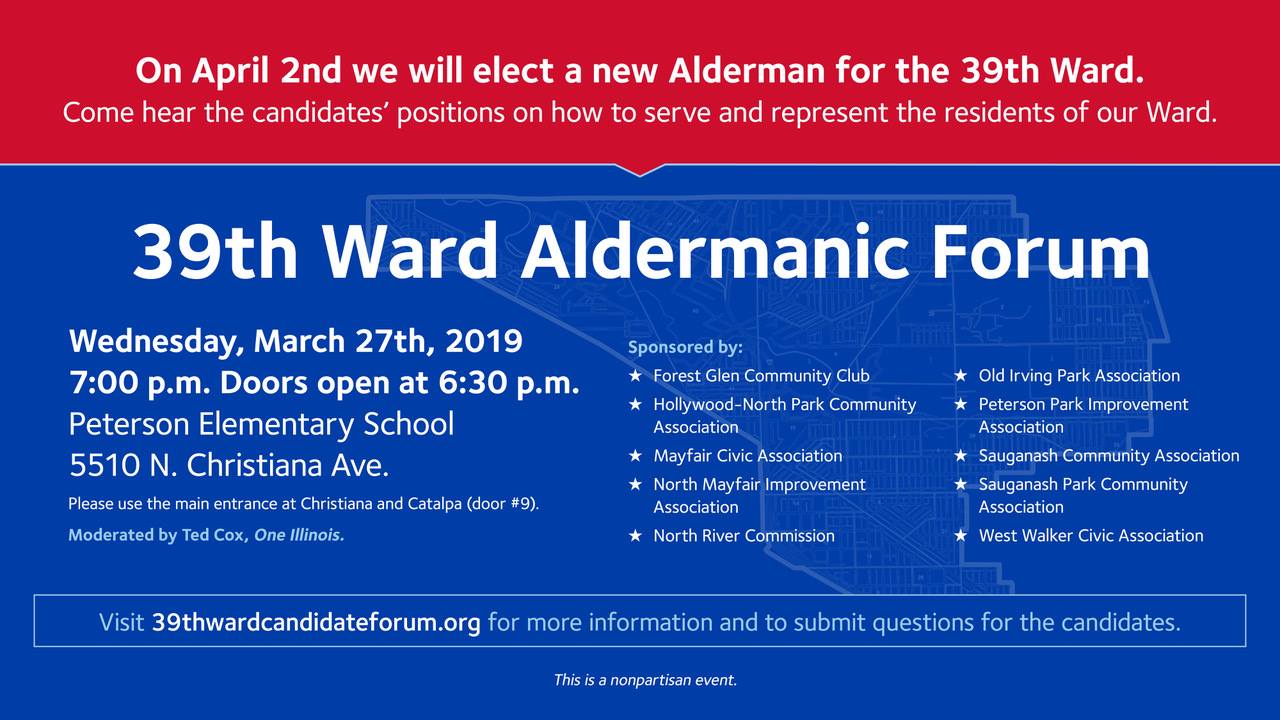 Come hear the Aldermanic candidates’ positions on how to serve and represent the residents of the 39th Ward. Civic associations from across the 39th Ward will host an Aldermanic candidate forum. This is just a few days before the April 2nd run-off election. Ward residents can submit questions in writing at the event itself between 6:30 and 6:55 p.m.

We encourage residents to learn as much as they can about the candidates’ positions on issues affecting the 39th Ward and the City of Chicago prior to voting on Tuesday, April 2.
Tickets are NOT required. This is a non-partisan event.